DayZ Updates, Us and You

A community server is paid for, loved, tended and run by volunteers, it’s very rare that a community server isn’t run by someone who loves DayZ and is pouring hours a day into making it their vision of the best DayZ experience for you to play on, very often free of charge. A gift to you

DayZ Updates happen rarely and always bring new things, fun new bugs, new performance and also some players back to the game. It’s an exciting time for everyone

There is no Us and You, the community is all Us

It’s been announced that on February 16th DayZ will release the 1.11 patch to stable at an unspecified time, your favourite server admins will be on edge all day waiting for those files to drop. As a community we get so few updates it’s a good day, don’t be the lemon sucking Debbie Downer of the day, not on twitter, not on Discord, not on Twitch. 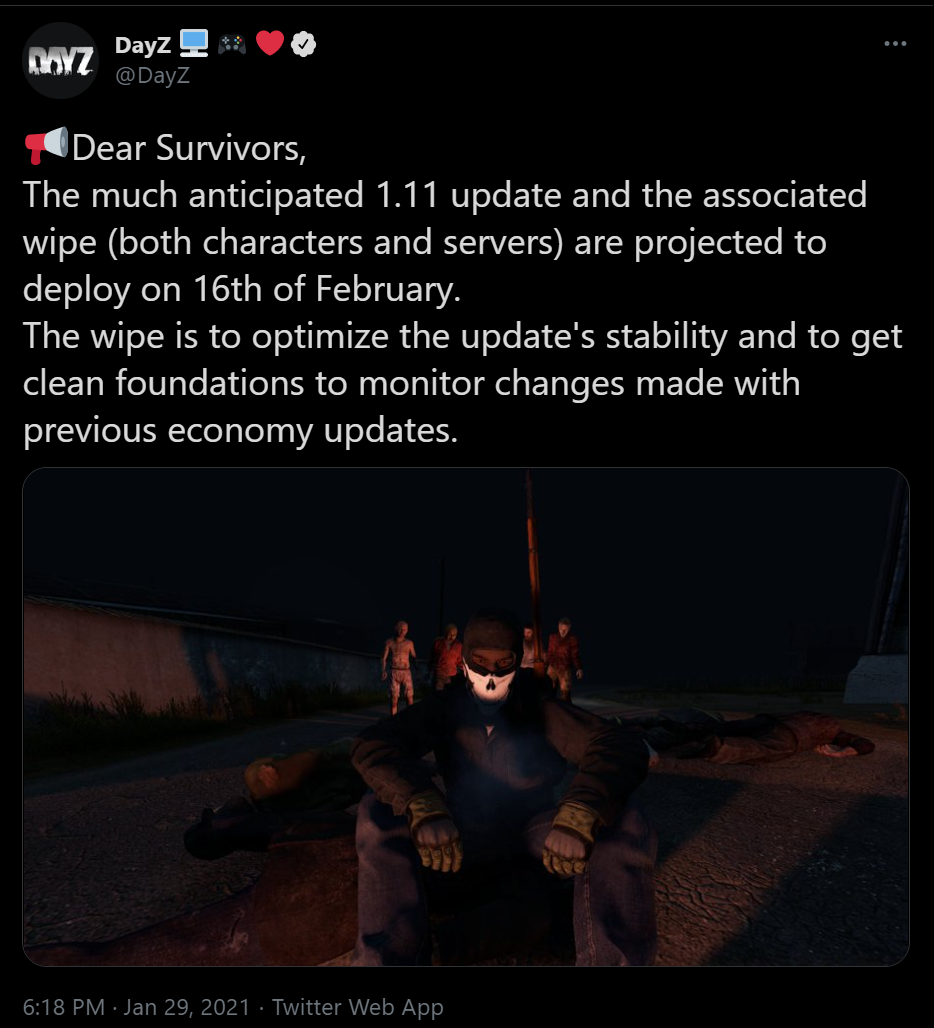 DayZ is wiping Official Servers, Community server should probably do the same. We’re wiping our servers. Wipes are a Good Thing

Usually Community servers get the update files after the officials, sometimes upwards of hours after, you can watch the stable files getting updated in the Steam CDN, if this isn’t updated, nor will a community server, watch the Public line:

The more modded a server is the longer it may take, it may even take a couple of days, though some modded servers will go live with a reduced modset just to get going. Very often Mods simply do not work on a New DayZ version and server admins have to wait for the Modder to mend and publish updates if that happens

Very often Modders just give up and move out to do other things in their life, it’s possible for a Mod to just break and never be updated

Whichever servers you play on, here’s some things you can do to help:

There are many things that go on that take time, precision and careful steps to get working, don’t be the interruptions that slow the process down or break the server

As ever, anyone DMing the Spaggie servers Admin team in times of stress, as we work hard and fairly unscheduled to make a server work, will probably end up server banned, we will fix your problem.

Around our communities there’s loads of people that will be politely relaying and broadcasting information, don’t be a dick to them, they don’t know much more than you

And we’ll all be fine

Thanks for your help
Jack